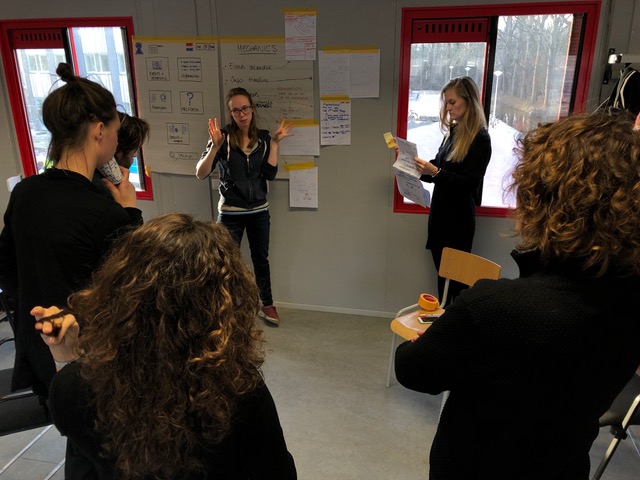 The community of Elzenhagen asked OpenEmbassy to strengthen their bonds through digital means.

Located in the former sports complex Elzenhagen in Amsterdam North, Startblok Elzenhagen was developed by the municipality of Amsterdam, De Key and Eigen Haard. It currently houses 540 young people, half of which are Dutch, and half of which are young refugees who have just received their residence permit.

Startblok’s goal is not merely to provide housing. They also aim to be a springboard into ‘real life’ for all of its residents: Dutch students and graduates, and those who had to flee their countries. Startblok believes in the power of their community, and it helps its residents quickly find their way in Amsterdam.

To do so even more effectively, De Key and Eigen Haard asked OpenEmbassy to strengthen their community bonds through digital means. We thus developed a custom design sprint with both residents and professionals with a shared mission: to design a compelling online community tool.


Are you new in the Netherlands?