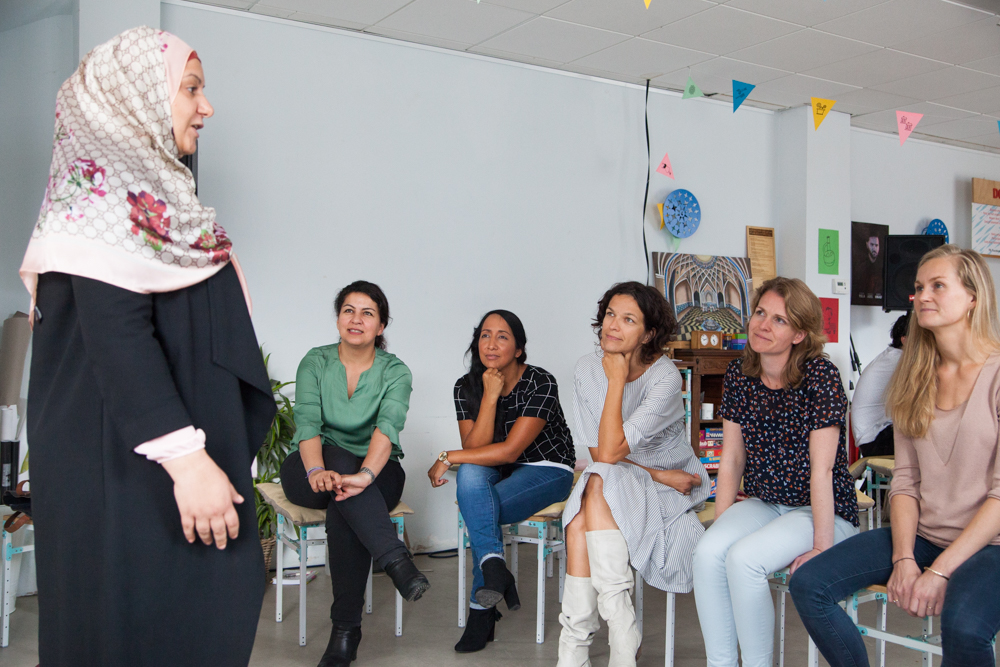 The Academy consists of different courses and workshops.

Newcomers often have very little power and possibilities to represent their own interests in the Dutch context, which is not only a problem for newcomers themselves, but also for Dutch society and the organisations and institutions within it. Newcomers cannot influence decisions that are made about their position at a local, regional and national level. Meanwhile, organisations and institutions do not often optimise newcomers’ talents, perspectives and knowledge, even when they reserve ‘seats at the table’ for people with a refugee background.

Which is why our Academy was started. Our long-term goal is to support both newcomers and experienced residents to successfully represent their own and collective interests in the Dutch context. Not only that, but we want our Academy alumni to have inclusive and equitable discussions about integration, in which newcomers’ voices are guaranteed. The Academy trains not only newcomers, but also Dutch-born citizens.

The Academy has so far offered different courses and workshops, such as moderating discussions (both at a basic level, and a masterclass), becoming politically active, advocacy, social initiative, speeches & pitches, and visual theatre.

Are you new in the Netherlands?